Home Theatre Izzy, wizzy…Let’s get busy, with Sooty and friends.. 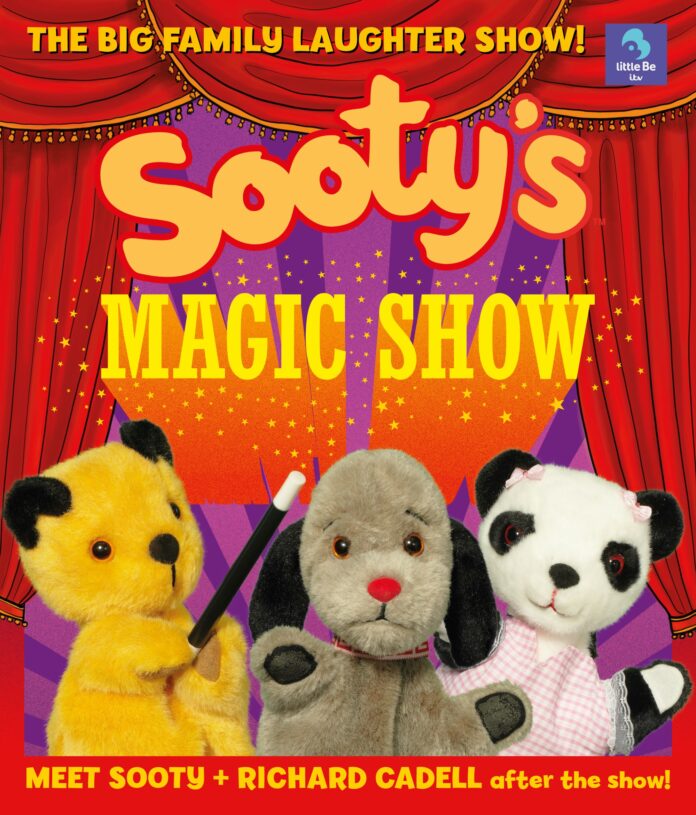 Who would pay to see a show by a yellow puppet who doesn’t really speak? Plenty it seems. Sooty is an international phenomenon!

Sooty was originally devised for media by magician and puppeteer Harry Corbett (nephew of English fish and chip shop chain owner and company namesake Harry Ramsden (as Harry Ramsden’s) ), who had bought the puppet as a present for his son, Matthew Corbett, from a stall when he was on holiday in Blackpool in 1948

Sooty debuted on local television in 1952, and the children’s television shows that bear his name have continued in various forms since 1955 and, according to Guinness World Records, is the longest-running continuing children’s programme in the UK, with 857 episodes being aired as of 30 October 2018.

Direct from their hit ITV series, Sooty, Sweep and Soo and TV’s Richard Cadell will amaze you with impossible tricks and sidesplitting jokes! Be astounded at Sooty’s flying car, Soo’s singing unicorn and Sweep’s levitating sausage!

A spectacular treat for the whole family – including a chance to meet Richard and Sooty after the show! Book now!
For free fun and games and tour info visit www.thesootyshow.co.uk