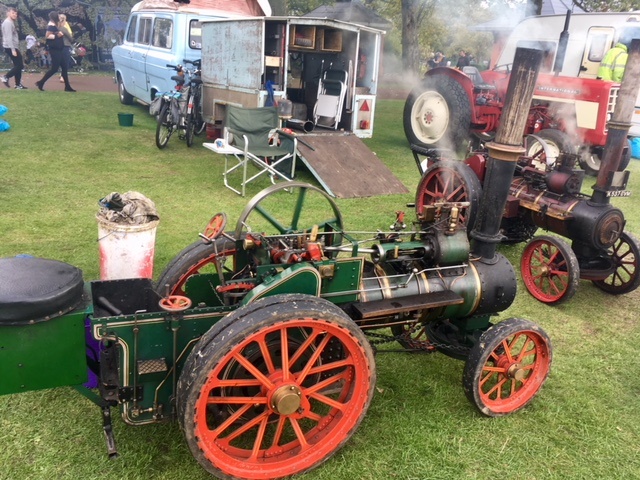 Tens of thousands attended Halton Borough Council’s Vintage Rally in Victoria Park last weekend, including our panto stars,  which was estimated to be the biggest to date.

Also the craft tent this year with lots of homemade fayre, and an array of stalls with something for everyone, this year we even had a trader from overseas.

People grabbed deck chairs and listened to traditional performances from St Helens and Merseyside Brass on both days.

The  themed vintage bar bus served the event for the very first time. I’m sure you’ll agree the vehicle is an attraction in itself!

Around the park there was a number of vintage vehicles serving a delicious range or food and drink as even the catering joins in the theme.

Halton Community Radio hosted activities from 10am right through to close at 5pm on both days.

Halton Borough Council’s Executive Board Member for Events, Cllr Eddie Jones, said: “Thanks to everyone involved. The rally continues to be an event that the Borough can be proud of –  it is unique across the entire country, yet it retains its essentially local Halton flavour, amidst an exceptionally friendly atmosphere.

” It is so encouraging to see the efforts of The Council and partners rewarded by such a successful showpiece event, much enjoyed and appreciated by our residents.”

Charlie to play Grimalkin in panto – oh yes she is