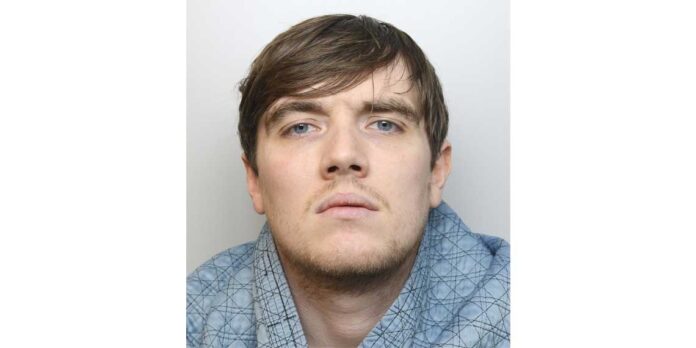 A 30-year-old man from Widnes has been jailed for raping a then 14-year-old girl and a string of other child sex offences.

Matthew Lawton, of Milton Road, was convicted of all 19 offences he was charged with, following an eight-day trial at Liverpool Crown Court.

They included four counts of raping the teenage girl from Widnes.

His other victim was then a 13-year-old girl from the town.

Lawton returned to the court to be sentenced on Thursday 1 April.

He was jailed for 15 years, and given an extended four years on licence.

Lawton was also ordered to sign the sexual offenders’ register and comply with a sexual harm prevention order for life.

The court heard that he preyed on both victims via SnapChat, lying about his age and arranging to meet them.

Whilst the girls believed that he was 19, Lawton was fully aware of their real ages.

Despite this, he had sex with them on a number of occasions.

Lawton also pestered them to send intimate photos of themselves to him.

He filmed himself having sex with the then 14-year-old girl.

Lawton used the film and indecent photographs of the girl to make her keep meeting up with him when she no longer wanted to.

He threatened to put the film and photographs on social media for her family and friends to see.

Lawton also threatened to damage her home and her mum’s car.

After feeling forced to continue to meet up with Lawton, she was raped by him on four separate occasions.

On one of the occasions he threatened her with a knife before raping her in his home.

Lawton eventually carried out his threat of posting the film of the pair having sex on social media.

This led to a high school becoming aware of the video and calling the police.

An investigation was launched and Widnes Local Policing Unit (LPU) was able to identify Lawton as the man in the video from the tattoos on his arms and from information supplied by the victim’s family.

After arresting him on Thursday 21 November 2019, officers seized his internet enabled devices.

They found the original version of the film of him having sex with the then 14-year-old girl, as well as messages and photographs exchanged between the pair.

The younger victim was originally interviewed by officers as a potential witness.

Following the interview, she told her mum that she too had been having sex with Lawton after he had befriended her on SnapChat.

When interviewed in custody Lawton claimed that he thought both girls were over the age of consent.

However, from talking to witnesses and analysing his mobile phone, officers were able to establish that the victims had told him how young they were.

Following a thorough investigation conducted by Widnes LPU, Lawton was charged with:

Lawton pleaded not guilty to all of the offences, which were committed between Tuesday 30 April 2019 and Saturday 23 November 2019.

However, after listening to the extensive evidence gathered against him, a jury found him guilty on all charges on Wednesday 10 February.

Detective Sergeant Gary McClatchey, who led the investigation, said: “Matthew Lawton groomed two young girls via social media and preyed on them for his own sexual gratification.

He told both girls that he was 19, when the reality was that he was a predatory paedophile who was then in his late 20s.

“The long list of offences he subjected the victims to is nothing short of horrific.

“He raped the older victim on four separate occasions, one of which saw him threaten her with a knife beforehand.

“Lawton committed the rapes after she had told him that she didn’t want to meet up with him anymore.

“He made a series of threats to ensure that she continued to see him, including threatening to put a video of them having sex on social media for people she knows to see.

“Him carrying out this threat led to us being made aware of the video via a high school and launching an investigation that has now culminated in Lawton being brought to justice for his despicable actions.

“These actions included Lawton contacting the younger victim after being released on conditional bail in relation to the investigation involving the older girl.

“Lawton has shown no consideration for the victims at any stage, refusing to admit the extremely serious sexual offences he committed and making them give evidence at court.

“Being dragged through the court process is always a stressful and traumatic experience for victims in cases involving sexual offences, particularly when they are so young.

“I would like to praise the victims for the bravery they have shown in disclosing what Lawton subjected them to, both to us and then during the trial.

“I hope the fact that Lawton is now behind bars, where he can no longer sexually exploit and pose a threat to girls, gives the victims and their families some closure.

“However, the victims will continue to receive the help and support they need to move forward with their lives.

“I also hope the sentence that Lawton has been handed by the court deters others from committing similar offences.”

Chief Inspector Ian Whiley, of Widnes LPU, said: “Sexual abuse is a horrific crime and this is a particularly distressing case.

“I would like to thank all the officers involved in the complex investigation for all their hard work in unravelled the extent of the offending and gathering the required level of evident to secure convictions for all 19 offences.

“It also highlights the need for parents and guardians to warn their children of the dangers of communicating with people via social media, to check that they are using those things safely and to keep an eye out for any warning signs of sexual exploitation.

“I hope that Matthew Lawton’s convictions and sentencing encourages anyone who has been subjected to similar offending to report it to the police.

“They should feel confident that they will receive the help and support they need from our specialist officers and other support agencies we work alongside.

“All victims will be treated with the dignity and respect they deserve, and any allegations will be taken extremely seriously and thoroughly investigated, with the wishes and the needs of the victim as our main priority.”

Visit the NSPCC’s website for advice on identifying signs of sexual exploitation.

To report a sexual offence call Cheshire Constabulary on 101. Information can also be given online via our website or anonymously via Crimestoppers on 0800 555 111.