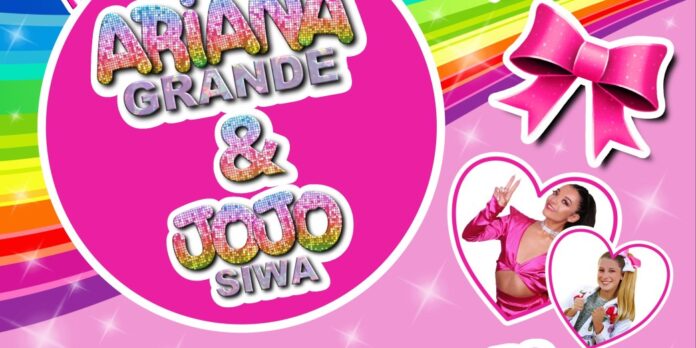 The ultimate pop-concert experience is coming to the Brindley Theatre, Runcorn on Saturday 31 August.

You’ve heard the names. You know the music. Now the UK’s No.1 tributes to Ariana Grande and JoJo Siwa are touring the UK together in one high-energy pop-tastic show!

This Summer, get your Little Mixers and Siwanatorz ready – they won’t want to miss this!

With replica costumes, amazing dance routines and sensational vocals, this show will have all the family singing and dancing from start to finish! Look out for some surprises, too…

With 9.5 million YouTube subscribers and over 8 million Instagram followers, JoJo Siwa is THE biggest teen star of her generation.

A role model to millions of young girls around the world; there’s just no stopping her! With hit singles to her name including Kid In A Candy Store, Boomerang and Hold The Drama, JoJo was always bound to be a star… and she’s still only 16!

She loves to sing and dance and wear her signature bows! Bows that are now known globally and represent her fans called the “Siwanatorz”.

All three of her albums have been certified platinum.

Her signature bunny ears are a symbol worldwide of her brand. With 134 million Instagram followers and huge hits such as Dangerous Woman, One Last Time, No Tears Left to Cry, Into You and Side by Side. Ariana is without a doubt, one of the most influential female artists of the decade!