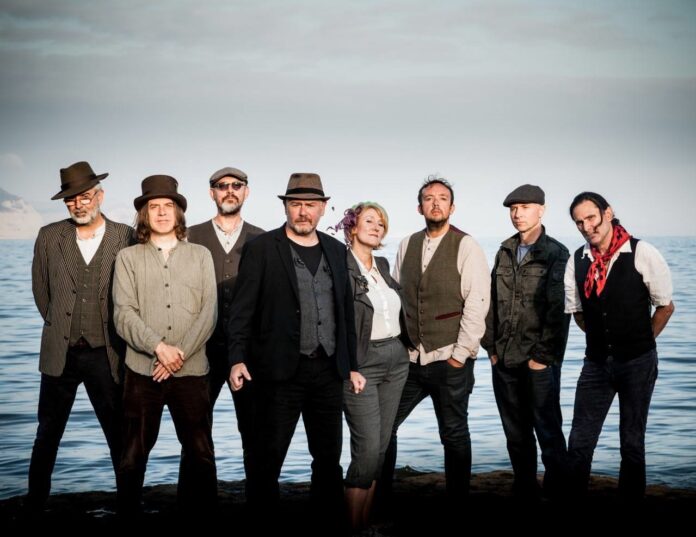 Born in their native North West of England, Merry Hell is a folk-rock band with a history, pedigree and a seemingly bright future. In five short years, they have risen to become festival favourites and their four albums have found favour with critics, broadcasters and music fans alike, developing an enviable reputation for both their recorded work and live performances.

The band have gathered a number of awards and nominations for best band, best live band and best album from magazines, radio shows and venues throughout the folk world!

Support is the respected singer/songwriter and frontman of Amsterdam Ian Prowse.