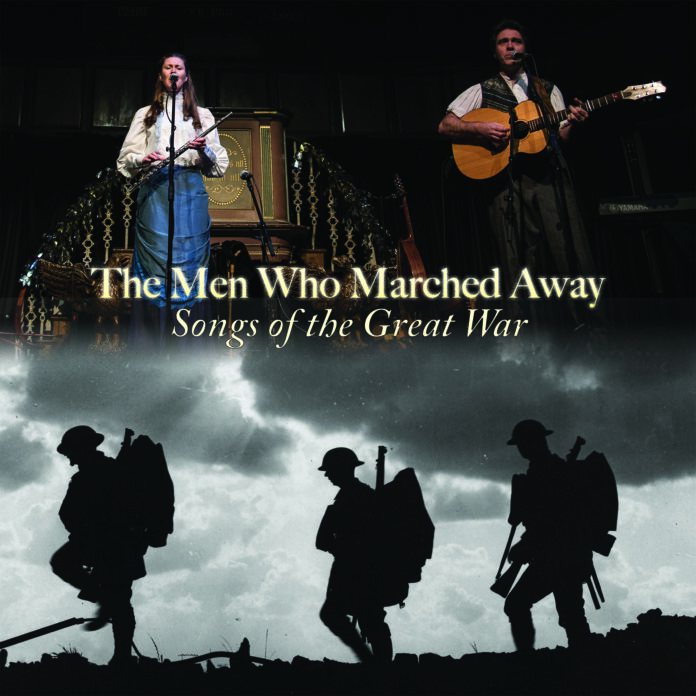 The Men Who Marched Away , a show created to commemorate the hundredth anniversary of the Great War is coming to Halton Borough Counci’s Brindley Theatre, Runcorn, on Friday 5 October.

Acclaimed musicians Chris Green and Sophie Matthews use music and song to tell the story of ‘The War to End All Wars’.

The Men Who Marched Away is a scintillating mixture of soldiers’ songs, music hall numbers, war poems set to new music and original compositions. The show does not flinch from conveying the full horror of the first global conflict but also celebrates the courage and humour of the tommies under fire and those they left behind.

Featuring a host of wartime standards such as Pack Up Your Troubles, Tipperary and Goodbyeee as well as brand-new musical settings of poems by lesser-known war poets such as May Wedderburn Cannan and C. Fox-Smith. A moving tribute to the fallen and a fitting reminder of their sacrifice.