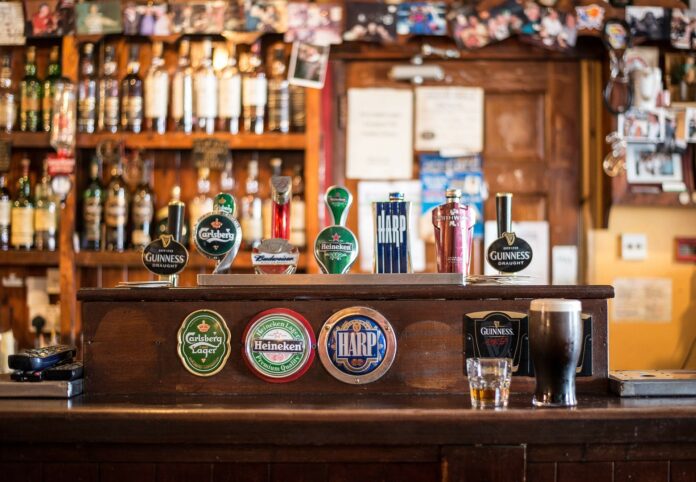 In the run-up to Christmas, Widnes Pub Watch has adopted a ‘zero tolerance’ policy towards anti-social behaviour in licensed premises to ensure customers can enjoy the festive season in peace.

The group wants to provide a safe, cheerful environment in Widnes pubs where people can enjoy themselves without the threat of anti-social behaviour from a small minority, and are working closely with Cheshire Police and Halton Borough Council.

Chris Headon, Chair of Widnes Pub Watch says: “We have had to put up with violence, threats of violence and general anti-social behaviour by a few, for far too long and have decided to put a stop to it. We are united in our efforts and simply will not tolerate individuals that seek to spoil things for the majority of people. Following the horrific death of local landlord Christopher Thornton earlier this year, we are more determined than ever that anyone causing trouble, being violent or threatening violence will be refused service in any licensed premises in Widnes. The will be no exceptions.”

Halton Borough Council’s Licensing department and Community Safety Team are fully committed to supporting the licensees and venues in Halton on the run up to the festive season.

Bill Seabury, the Council’s Licensing Enforcement Officer, said: “We are present at all Pub Watch meetings, helping with the implementation of Pub Watch bans and warning letters and the update of the Pub Watch online Schemelink portal.

“Venue managers and owners are working tirelessly to ensure that their pubs are safe and the general public are able to enjoy their evenings out during the Christmas season. Thankfully these are isolated incidents and it is safe to go out and have fun, but  the message is clear and fully endorsed by the Council – there will be a zero tolerance with regards drugs misuse, disorderly and drunken and threatening behaviour.”

Any criminal action taken by the Police will be followed by Pub Watch bans preventing the offenders drinking or frequenting any of the Pub Watch member venues for periods of up to 12 months, voted on by its members.

Widnes Police are also fully engaged and supportive of the zero tolerance approach to violence, anti-social behaviour and drug use across the town adopted by the licensees.

Sgt Graham Robinson says: “We support the Pub Watch group and are in regular contact with venues across Widnes to offer support where needed. There will be extra staff in the area for the festive period to tackle those few who want to ruin a fun and joyful period for the majority.

“While we want everyone to have a good time with friends, family and co-workers this should not involve drinking in excess and causing problems when out socialising. Remember be safe and enjoy yourselves but most importantly behave within the rules and laws to avoid being arrested, dispersed from the town and/or receiving a ban from all Pub Watch premises in Widnes.”