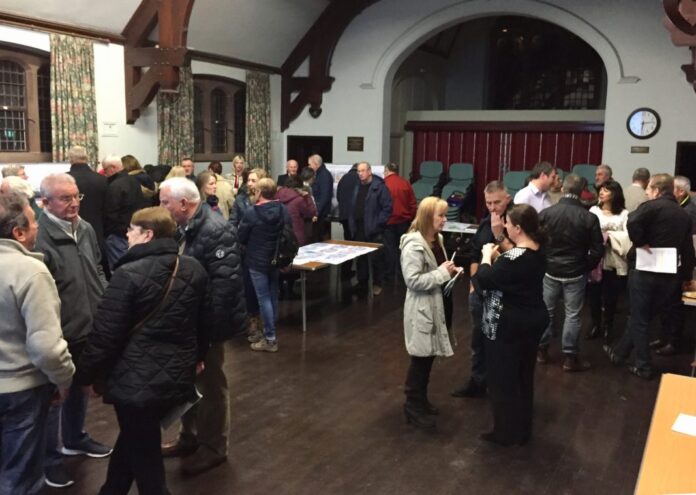 A tiny Cheshire village is in danger of being swamped with new housing and industrial units as two neighbouring local authorities bid to remove huge swathes of land from the green belt, according to its residents.

The village of Moore could see the number of dwellings grow from just 390 to around 1,950 if Halton Borough Council‘s Delivery and Allocations Local Plan (DALP) is adopted, but opponents say the real impact could be far greater.

Neighbouring authority Warrington Borough Council has already put forward its Preferred Development Option (PDO), which includes proposals for circa 1,800 homes in what it calls the South Western Urban extension, which would stretch from The Stag public house at Lower Walton to the boundary of Moore.

And Halton Borough Council has previously allocated green fields adjacent to Daresbury Park, off Delph Lane – in the neighbouring parish of Daresbury – for up to 1,200 new homes, the first phases of which are currently going through the planning process.

Resident Sharon Saberi said: “The upshot of all this is that Moore and its immediate surrounding environs could actually find itself increased by around one thousand percent to as many as 4,400 homes over the next 20 years.

“The village itself will, in effect, cease to exist and Warrington and Halton will merge into one huge conurbation – with Moore at its centre.

“While we accept that some new housing is needed, the scale of all these developments is preposterous and it doesn’t appear as though the two local authorities are speaking to one another.

“The Halton proposals pay no respect to the Conservation Area at the heart of the village or the landscape setting alongside the Bridgewater Canal,” adds Sharon, who’s lived in the village for approximately 10 years and has two young children, aged three and one.

Located midway between Warrington and Runcorn, Moore has existed for several hundred years and at the time of the 2011 Census had 768 residents with an average (mean) age of 51.9 years. It has a village pub (currently closed) a primary school and a post office. Its Conservation Area is spread mostly along Runcorn Road at the heart of the village and includes many listed and notable buildings.

Non-residents may know Moore for its Nature Reserve, 200 acres of woodland, meadows, lakes and ponds between the Manchester Ship Canal and the River Mersey.

The RSPB describes the reserve as “one of the best bird watching sites in Cheshire, known for its varied bird life, including all five species of British owl and all three species of woodpecker.” But even that is under the threat of bulldozers from the creation of Port Warrington by Peel Ports.

Clerk to the parish council Kate Fitch, a lifelong resident of Moore, said: “The nature reserve is ‘unusual’ in that it sits within Warrington Borough but visitors have to come into the neighbouring borough of Halton, through Moore, to visit it.

“We constantly feel that we’re the village on the periphery that no one truly understands or wants. We have a Warrington postcode and telephone number, pay our council tax to Halton and yet our Parliamentary constituency is Weaver Vale, with an MP based in Northwich. It certainly doesn’t make for ‘joined-up’ thinking.”

Another lifelong resident, Helen Longmore, organised a public walk from Moore Nature Reserve last year to highlight the combined effects of Port Warrington, the Warrington PDO and the proposed Western Link road, which would link the A56 Chester Road, in Higher Walton, to the A57 Sankey Way in Great Sankey.

She was disgruntled to learn that Halton’s DALP would add another 1,560 homes into that mix.

She said: “I grew up in Moore and have lived here virtually all of my life. Everyone accepts that change is sometimes necessary but these changes are just too huge to comprehend.

“The seeming lack of coordination between Warrington and Halton puts the whole area under threat. There’s lots of talk of needing more affordable homes, but all the new houses we see being built in nearby areas like Sandymoor are well out of the price range of people like my two grown-up children who both still live at home.”

Consultation on the Halton DALP closed on February 15. 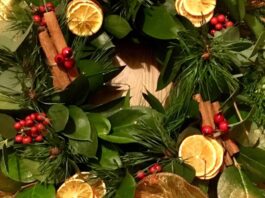