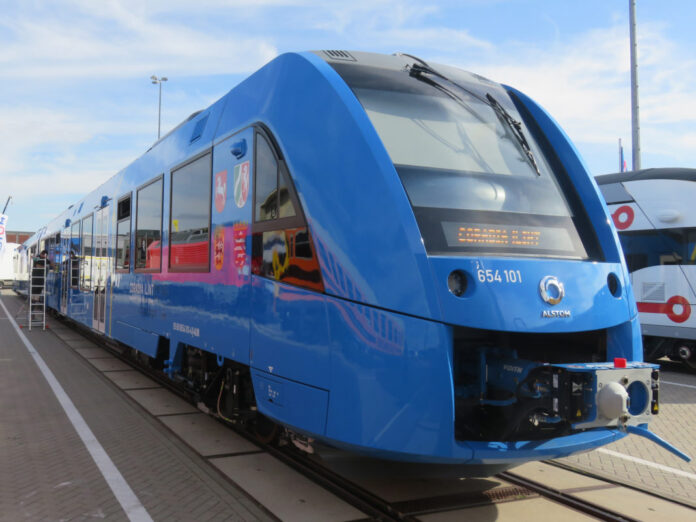 TRAIN company Alstom is to bring work on its hydrogen technologytrains to its multi-million pound facility in Widnes.

The company is working in partnership with Eversholt Rail to convert Class321 electric trains to hydrogen power, fitting hydrogen tanks and fuel cells to trains.

It is the first response in the industry to the Government’s challenge to eliminate diesel rolling stock by 2040.

Alstom will base its project at its Widnes train modernisation centre which it opened last June.

With more than 140,000 sq ft of space it is the largest rolling stock modernisation facility in the UK.

A spokeswoman for Alstom said its plans for hydrogen-fuelled trains are currently only at the design stage, but further news about possible job implications for the area could follow later this summer.

“The Government has set a clear objective of removing diesel rolling stock by 2040 and this requires a bold and innovative response from the industry.

“I am very proud that, working with Eversholt Rail, we are able to take the lead in that respect.

“Not only are hydrogen trains zero carbon, they are near-silent and emit no particulates, which means they offer substantial air quality and noise pollution benefits, too.”

He added: “On cost, hydrogen trains can help to avoid the necessity for line electrification, which represents a significant investment for customers.

“We think the potential long-term application of hydrogen in the UK is very significant. Less than 50% of the UK network is electrified, and much that isn’t electrified is unlikely ever to be so.”

New Halton Boundary is being drawn up – Have your say