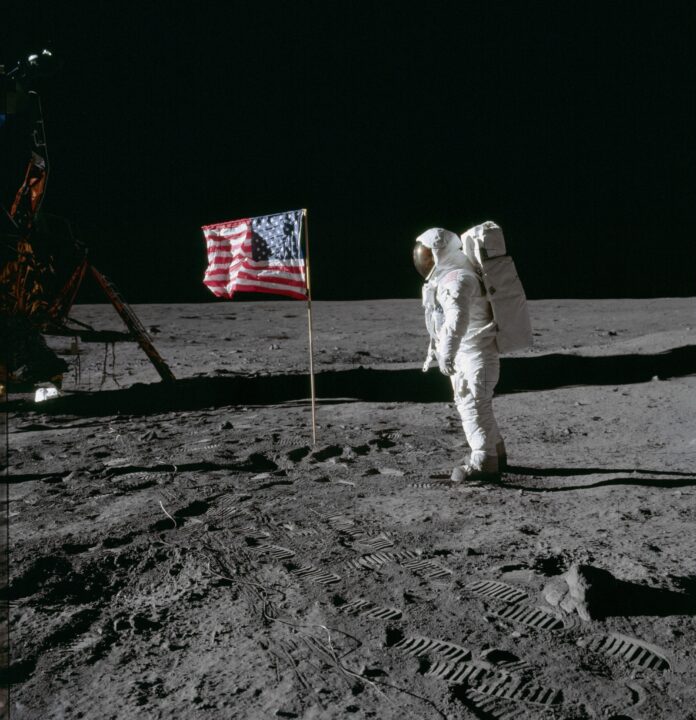 Do you remember Neil Armstrong’s first steps on the Moon? Were you watching? Did you collect any memorabilia from the time?

On July 20 1969 the Apollo 11 space mission landed the first human beings on the moon. This event is one of the most talked-about moments in history and considered as one of the greatest achievements of mankind.

To celebrate the 50th anniversary of the moon landings Catalyst Science Discovery Centre and Museum is developing a new community-led exhibition that aims to showcase local people’s memories and experiences of the 1969 moon landings.

The project, organised with support with Halton Borough Council, which is organising a space themed funfair outside the event, needs your help.

Jade French, Community Engagement Coordinator and curator of the exhibition says: “We want to capture what this epic journey to the moon meant for local people in Halton and how it was celebrated at the time, through exhibiting any items that local people collected as well as commissioning a short film of local people’s memories of that historic day.

“Where were you when they landed on the moon? Did your work, local business, family or school do something special to celebrate? How did it make you feel?

“To me, what was so special about the 1969 moon landings was not just that it was an incredible scientific and technological achievement, but how it brought people together across the world.

“People have been in touch with some amazing stories and collectables, but I’m sure there’s much more out there. Whether you have a scrapbook, old toys, family photographs, newspapers or unforgettable memories to include in the film about this iconic day, we want to hear from you.”

A Halton Borough Council spokesman said: “This is an exciting project to launched by the museum. We hope as many people as possible will come forward with items to show.”

The exhibition will include a mock up of a lounge from 1969, where people can watch a recording of the landings alongside memories from local people.

The exhibition will be launched on Saturday 20 July at a public event ‘One Small Step, One Giant Celebration’.

This one off event features a programme of activities such as ‘code-a-drone’ with Mako Digital, real moon rocks and meteorites, planetarium experience and an opportunity to meet trainee astronaut Dr Jackie Bell, star of the BBC programme ‘Astronauts : Do you have what it takes?’ Halton Borough Council are also providing a fun fair outside too!

Tickets are free but booking is essential. They will be released on Catalyst’s website www.catalyst.org.uk from Monday 29 April 2019.

Legendary Blockheads live at the Brindley

Get a full head of ‘STEAM’… at your library