Home Community Come Into The Shadows with us 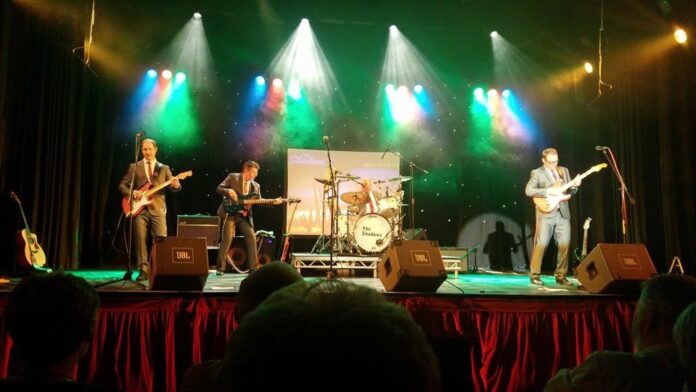 Popular tribute band Into the Shadows, a recreation of the sound of The Shadows, is returning to play Halton Borough Council’s Brindley Theatre, Runcorn on 3 November after last year’s sell out show.

Speaking on behalf of the band, Drummer Colin Evans said “We are really looking forward to returning to play at Brindley. It is a wonderful venue and the people ofHalton were so welcoming and seemed to really enjoy the show”.

The Shadows were originally formed as the backing band for Cliff Richard but went on to have many instrumental hits of their own.

Apache, is still recognised as being, probably the most iconic instrumental track of all time and is still as popular today as it was when it was first released.

Into the Shadows, play all of the early Shadows hits and the sets will also include, popular Cliff number’s, written and produced by The Shadows.