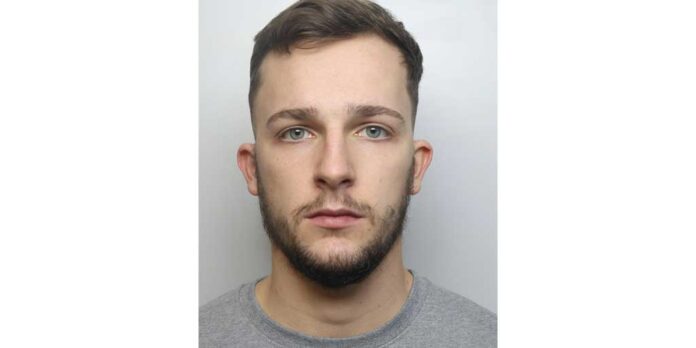 A man who was caught on camera sexually assaulting a patient at a care facility in Cheshire has been jailed.

Benjamin Poole appeared at Chester Crown Court on Thursday 12 August where he was sentenced to six years in prison.

The 21-year-old, of Somerville Street, Crewe, had earlier pleaded guilty to five counts of sexual assault and two counts of wilfully neglecting an individual.

Poole was employed as a care worker at the specialist centre where he was responsible for looking after a number of patients.

In the summer of 2020 one of his patients, a woman in her 20’s who suffered from severe seizures, started to notice that things were happening to her whilst she was having the seizures.

Worried about what was happening, in November 2020 the woman decided to purchase an alarm clock which had a built-in covert camera.

Within days of installing the camera the woman recorded footage of Poole sexually assaulting her while she was suffering a seizure.

The incident was immediately reported to staff at the facility who contacted police.

Poole was later arrested and subsequently charged with three counts of sexual assault and one count of wilfully neglecting an individual.

Following the sentencing Detective Constable Amelia Stevens, said:“As a carer, Poole held a position of trust and he was there to provide the patients with the care and support they needed during their time of need.

“Poole totally abused this position, and instead of caring for the patient he used it as an opportunity to fulfil his own sexual gratification.

“He wrongly believed that the victim would have no recollection of what he had done, but thankfully as a result of her courage and bravery, he is now facing the consequences of his actions.

“While the victim will never be able to forget what happened to her, I hope that the sentence handed to Poole will help to provide some closure.

“I also hope that the bravery shown by the victim in this case gives other victims of sexual assault the courage to come forward and report what happened to them.”

In addition to his prison sentence, Poole has also handed and indefinite Sexual Harm Prevention Order and ordered to sign the sex offenders’ register for life.

If you have been a victim of sexual abuse, or know of someone who has, please contact Cheshire Police on 101, https://www.cheshire.police.uk/ or Crimestoppers anonymously by calling 0800 555 111.