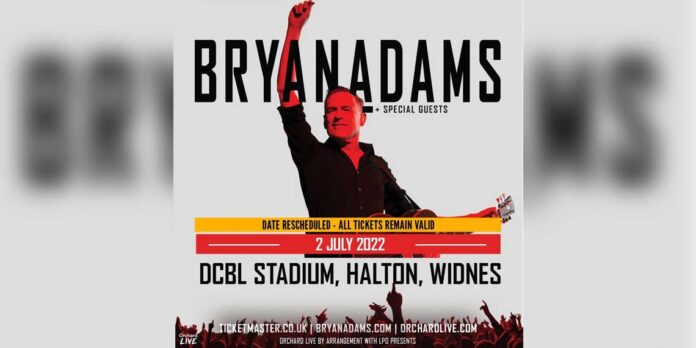 As a result of the Covid pandemic, the Bryan Adams UK Summer 2021 tour has been rescheduled to next year. All tickets remain valid for the new date.

Adams’ influence extends four decades, over which time he has released 14 studio albums. His most recent recording, Shine a Light, whose title track was co-written by Ed Sheeran, debuted at number one on the album charts in March of 2019.  The album also features a duet with Jennifer Lopez.

His song writing has garnered him numerous awards and accolades including three Academy Award nominations, five Golden Globe nominations and a Grammy Award.

All tickets will remain valid for the new date and are also on sale now and available from ticketmaster.co.uk and bryanadams.com

*Please do not contact the dcbl Stadium regarding tickets.