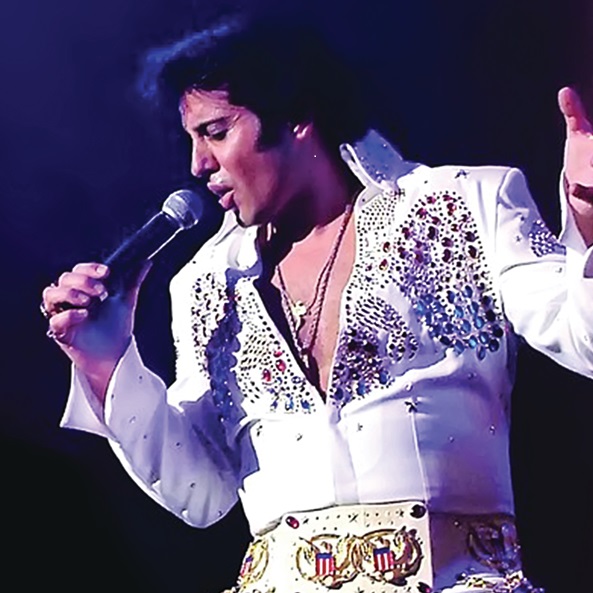 IS ‘The King’ always on your mind? You must have a ‘wooden heart’ if you pass this opportunity to see a top class tribute.

Sixty-five years after a young Elvis walked into the offices of Sun Records with a guitar and a dream, the spirit of the King of Rock & Roll is kept alive by one of the most successful tributes of all time.

The Elvis Years is taking the UK by storm after celebrating the 10-year anniversary tour and the show comes to the Brindley Theatre on Wednesday July 25.

The Elvis Years is a concert production telling the story of Elvis through the years. The show features original lead of Jailhouse Rock in the West End Mario Kombou and his incredible band, and is led by the award-winning, legendary producer and musical director David Mackay.

With a world class cast, authentic costumes and rare film footage, The Elvis Years features more than 50 of the King’s greatest hits including Hound Dog, It’s Now or Never, Suspicious Minds American Trilogy and many more.

Actor and singer Mario Kombou has been performing as Elvis for over 20 years.

He said: “There is something about Elvis and his music that speaks to people. He was the King. His music is too special to let fade into history, and seeing the audience light up night after night is such an incredible experience.

“There is a reason this show sells out in some of the best venues in the country, and that is because the king of rock n’ Roll is as important now as he ever was.”

Experience the incredible story of the King of Rock n’ Roll, from the young truck driver, to the world-wide phenomenon. For fans of Elvis and his music, there is no better tribute to the King.

Tickets are £20, £18 from www.thebrindley.org.uk and the box office on 0151 907 8360.
For more information, images or interviews, contact Robert Clark on robert@chameleonmusicmarketing.co.uk