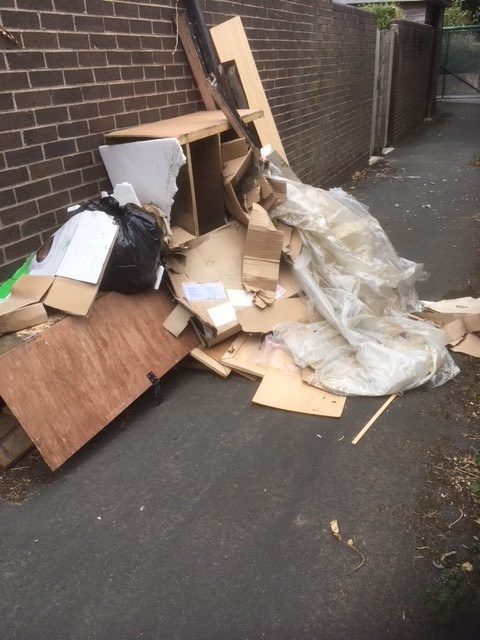 A 37-year-old Widnes woman who left waste at the back of her home, including furniture, has been fined by Magistrates.

Joaane Anfield, aged 37 of James Close, was prosecuted at Warrington Magistrates Court on Wednesday 31 July 2019 following a report of wood, wardrobes, cardboard and the remains of a shed deposited on land in the entry to the rear of her home as at Monday 13 August 2018.

After an investigation carried out by Halton Borough Council’s Waste & Environmental Improvement Enforcement Team Anfield was identified as the person responsible for the deposit of the waste.

Anfield was issued with a fixed penalty notice by Halton Borough Council giving her the opportunity to discharge all liability to conviction for the offence, however,  Anfield failed to pay the fixed penalty within 14 days and the case proceeded to Magistrates Court.

She attended Warrington Magistrates Court and pleaded guilty to the offence of fly-tipping in accordance with Section 33 of the Environmental Protection Act 1990.

After taking into account the facts of the case Anfield received a criminal conviction and was ordered to pay the Councils clean-up costs of £240.