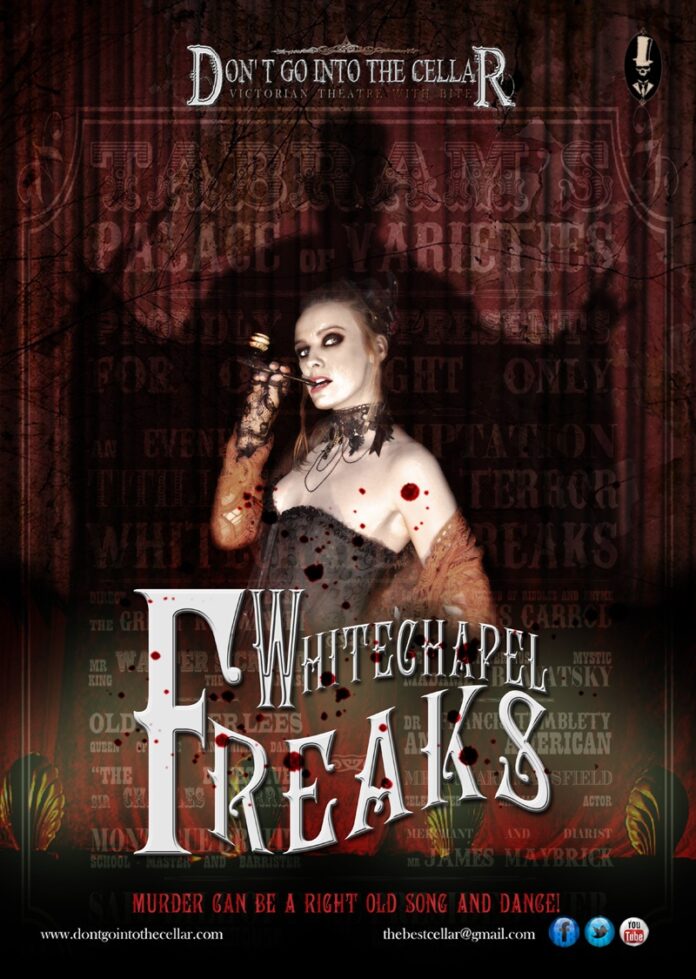 There is fine theatrical Victoriana in a macabre vein coming to the Brindley Theatre, Runcorn on Wednesday 14 November when Whitechapel Freaks is presented by Don’t Go Into The Cellar Theatre Company.

The year is 1888, and London is in terror at the murder spree being committed by Saucy Jack! Why not seek respite from the horrors of Whitechapel by spending the evening inside Tabram’s Music Hall? Fairy Fay guarantees a ripping time will be shared by one and all.

A macabre cabaret of Victorian songs, weird skits and disturbing vignettes wherein you will meet a miscellany of suspects in unfamiliar guises. But which one is the Ripper?

Jonathan Goodwin and Stacey Coleman star in a show that’s written by Jonathan Goodwin, with original music by Gary Archer.
Tickets are £14, £12 from www.thebrindley.org.uk and the Brindley box office on 0151 907 8360

Don’t Go Into The Cellar has already brought shows such as Pandemonium of Poe and Tea With Oscar Wilde, to The Brindley, to great acclaim.

Spectacular display is set to dazzle

48 hours until the Queen visits Halton…

Rockin’ All Over The Brindley