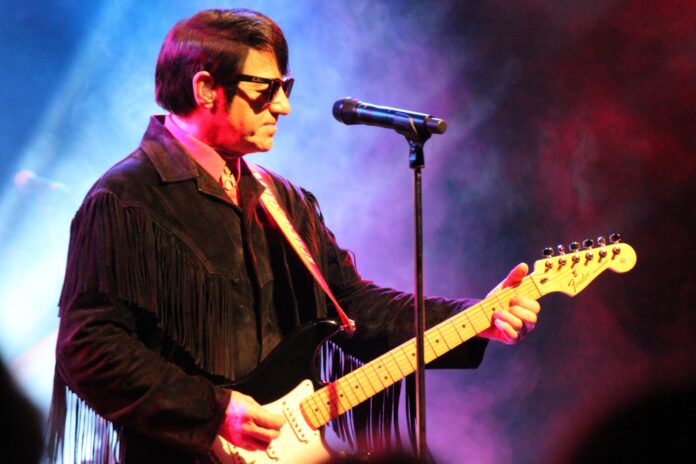 He’s the man with the sunglasses and the black suit who delivered some of the world’s darkest and most emotional ballads, yet Texas-born Roy Orbison remains one of the most distinctive looking, and sounding performers in modern music.

The one and only Barry Steele take’s on the role in The Roy Orbison Story.

He comes with great credentials and a genuine admiration for the Big O. Now he is set to put the rock back into ‘Roy Orbison’ as he takes to the stage to commemorate this legend in The Roy Orbison Story.

Expect what is being billed as an upbeat and contemporary slant on Orbison’s legacy, as Barry Steele and Friends take audiences on a musical journey from the early Sun years right through to the late 1980s, when Orbison was experiencing a huge resurgence in popularity and worked with Bono, Bruce Springsteen and others including super group the Traveling Wilburys alongside former Beatle George Harrison, Bob Dylan, Tom Petty and Jeff Lynne.

So get ready for a night of solid gold 60s hits and 80s contemporary genius as the Roy Orbison Story celebrates the musical legacy of The Big O.

Barry Steele has been stunning audiences with his uncanny ability to recreate the vocal talents of the legendary Roy Orbison, winning rave reviews across the globe. His vocal talents are quite simply ‘True Identikit Brilliance.’
Tickets are £24 from www.thebrindley.org.uk and the Brindley box office on 0151 907 8360.