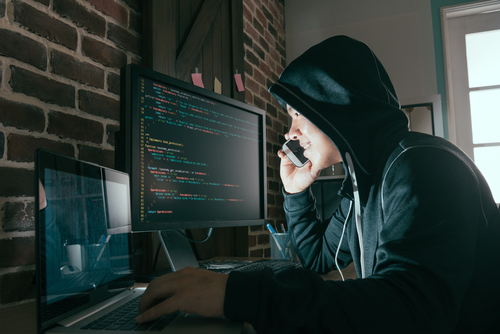 Halton Borough Council’s Trading Standards Officers have issued a warning after a Widnes resident received a scam telephone call this week from somebody claiming to be from Microsoft.

The caller, whose first language wasn’t English, told the resident that her email system would not work because it was full of notifications and scams due to a Chinese email scamming campaign.

The scammer advised that it would cost £9 for them to reset her system to remove the blocked items.

The scammer told the resident that he had details of the warranty on her computer and said she would not have to pay anything as the system had been breached during her warranty period and that the scammer (Microsoft) would be able to refund her £500.

The scammer instructed the resident to go to the Post Office and put in a claim for £2000, however, to process the claim she would need to send £1,500 to the scammer first.

The scammer also told the resident that he had her bank account details and threatened to withdraw all of the money in her account, apparently demonstrating it remotely to her on her computer screen.

The scammer told her he would time her whilst she went to the Post Office to make the payment. The resident initially agreed but thought it seemed suspicious.

When the resident arrived at the Post Office and started to fill in the claim form she saw that it could potentially be fraudulent, so she left without making the claim and went to her bank – who informed her no money had been removed.

The resident then called her internet provider who informed her it was a scam.

Microsoft does not send unsolicited email messages or make unsolicited phone calls to request personal or financial information, or to fix your computer, or to request payment for work.

There are a number of different Microsoft tech support scams around – some use text, emails or phone calls but the more sophisticated scams use internet pop-ups or create fake blue screens or system error messages.

You can find out more about the range of Microsoft scams around and how to protect yourself by visiting Microsoft’s Tech support scams page.

Halton Borough Council’s Executive Board Member for Trading Standards, Cllr Dave Cargill, said: ” Remember ‘if in doubt, check it out’ before you part with any money, after all it’s much better in your account than the scammers’.

“If you or somebody you know has been caught out by a fraud please contact one of our specialist officers, Linda or Sue on 0151 511 8785 or 0151 511 8775, who are already working with people in Halton who have lost thousands of pounds to scams.”

Quadrophenia – ‘Who’ wants to see it in Halton?

Fancy auditioning for our panto?