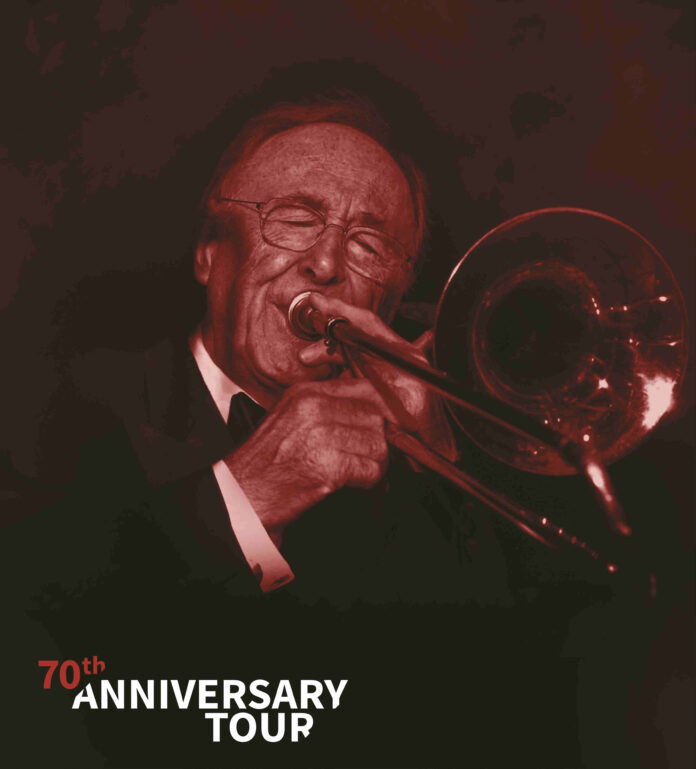 UK jazz legend is coming to Runcorn when the Big Chris Barber Band arrives at The Brindley Theatre on Sunday 28 July as part of a 70th Anniversary Tour.

Chris Barber OBE, aged 89, is one of the last British Jazz legends around and an icon of traditional jazz in the United Kingdom.

This season he starts celebrating his 65th anniversary as leader of his band on a full-time professional basis and 70th anniversary on starting his musical career.

Since 1949 he has been active in the music scene with promoting, recording and releasing music and touring his band.

So far he has released hundreds of recordings, performed more than 15,000 concerts in 50 different countries in five different continents. An incredible milestone!

Chris Barber is one of the initiators of pop music today, as he gave stage to many American blues musicians during the ’50s for the first time in Europe. Musicians like Muddy Waters, Sonny Terry & Brownie McGhee and Big Bill Broonzy.

These musicians later inspired bands like The Rolling Stones, The Beatles, and Eric Clapton. Chris and his band are respected by many other jazz, blues and pop musicians, like Van Morrison, John Mayall, Eric Clapton, Bill Wyman, Mark Knopfler, Paul Jones and many more.

On this special night, you will hear songs from that age and Chris’ favorites songs like Bourbon Street Parade, Jubilee Stomp, Petite Fleur, Ice Cream, When the Saints Go Marching In, and many more. The audience can count on an exciting evening of high quality jazz and blues, which will appeal in equal measure to the aficionado and the newcomer.