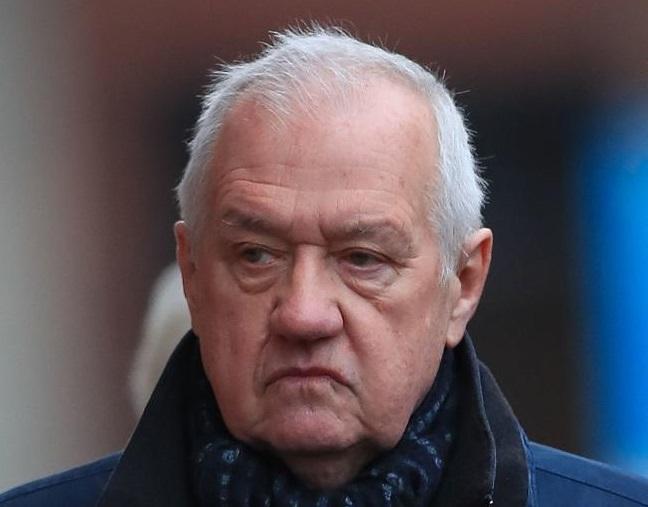 Hillsborough match commander David Duckenfield has been a “target of blame”, his trial has heard.

Benjamin Myers QC, defending, told the jury at Preston Crown Court the prosecution case against the retired chief superintendent, who denies the gross negligence manslaughter of 95 Liverpool supporters, was “unfair”.

Mr Myers continued his closing speech on Tuesday after judge Sir Peter Openshaw told the court one juror would be discharged due to a bereavement.

The trial will carry on with a jury of 10, after another juror was discharged earlier this month.

Setting out the defence case to the remaining seven women and three men on the jury, Mr Myers said: “We do have to approach the evidence with balance and with fairness and fairness to David Duckenfield, that man who has been a target of blame for this for such a long time.”

He said the case was unfair because it singled out Duckenfield, 75, and applied different standards to him.

He told the jury to consider the lack of experience of Duckenfield, who was promoted to the role less than three weeks before the FA Cup semi-final on April 15 1989, and problems with the Sheffield Wednesday stadium.

He said: “It is like giving a captain a ship that is already sinking.”

He described the pens of the terrace where the fatal crush happened as “death traps”.

He said: “The scale of what happened is no indication of the scale of any shortcomings of his because this was waiting to happen.”

The court has heard Duckenfield ordered exit gates to the stadium be opened after crowds built up outside the turnstiles, allowing fans to head through exit gate C and down the tunnel to the central pen where the fatal crush happened.

Mr Myers said no one predicted that fans would all go straight down the tunnel after entering the stadium.

“Nobody foresaw a press forward relentlessly into the tunnel in the way that happened,” he said.

He told the jury to keep in mind that in the 1980s violence and disorder at football matches was a “huge problem”.

He said: “The threat of hooliganism and crowd disorder and violence cast a huge shadow over the way football was policed.”

Ninety-six men, women and children died following the disaster at the match between Liverpool and Nottingham Forest.

Five of those who lost their lives were from Halton.

Under the law at the time, there can be no prosecution for the death of the 96th victim, Tony Bland, as he died more than a year and a day after his injuries were caused.

What does your favorite drink say about you?

St Bede’s is top of the class in Widnes