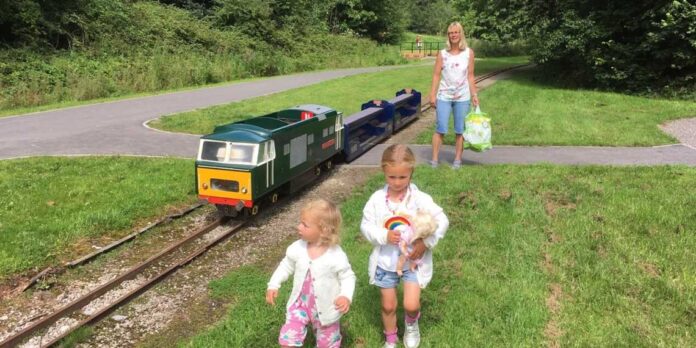 Halton Borough Council ‘s summer long campaign to urge people to #LoveHaltonsParks is being seen as a success, with seemingly less litter dropped and a report in a drop in abuse to park workers.

It also went down a storm online with more than half a million Facebook and Twitter impressions. With dozens of lovely summer pictures sent in – (as on w/e 20 November)

Many people sent in pictures they took of them and their families having safe fun and enjoying the scenery.

Parks and green spaces have been utilised and valued by a huge number of people since the country locked down at the end of March. It seems many people have got the message that parks officers are not there to pick up litter.

People have been coming up to tell workers how much they appreciated the parks in Halton during the lockdown and thanking the key workers who keep them maintained.

Halton Borough Council’s Executive Board Member for the Physical Environment, Cllr Ron Hignett, said. “It has been pleasant to see just how well our open spaces have been used over the Spring and Summer months.

“Having access to such quality, award winning parks has been a real positive for people in such strange circumstances.

“We have always thought of our parks as jewels in Halton’s crown. And the public agrees. Thanks to all the council staff and the many volunteers who help make them look so good.”

Frontline Park Workers have been at the forefront of the Council’s response to the Covid-19 crisis.

They have endeavoured to keep our parks and open spaces safe, clean, and tidy at a time when people are staying local and appreciating the value of places on their doorstep.

Open Spaces Officer Parks Manager, Paul Boardman, said: “It has been encouraging to see our parks so well used during the summer; we are thankful for those that enjoy our facilities responsibly.

“In partnership with Keep Britain Tidy as part of their nationwide “Love Parks” campaign we encouraged visitors to ‘be kind to our parks’ by treating them, and our staff, with respect”

When Britons voted for their ten favourite parks in the country, our very own Halton Borough Council run Victoria Park was victorious, coming in the top ten twice in two years.

It was the only park in the North West of England to make the list. Runcorn Hill only just missed out, giving us two in the top twenty! Three of our parks recently got prestigious ‘Green Flag’ awards from Keep Britain Tidy.