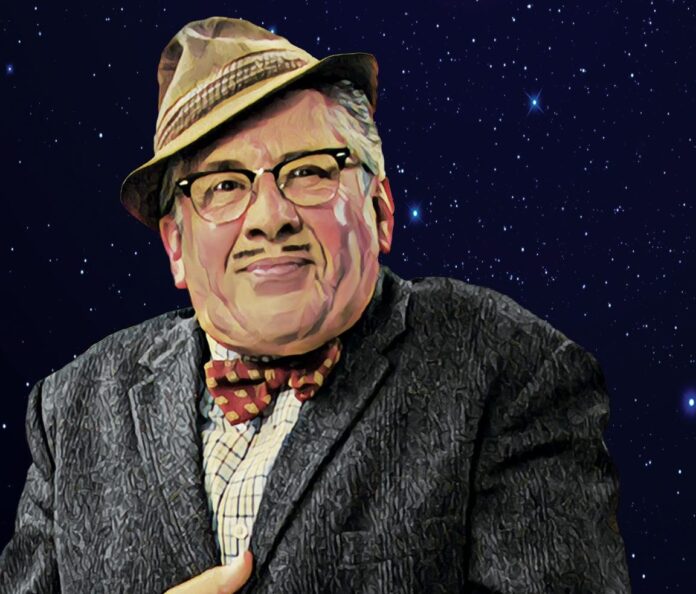 COUNT Arthur Strong – TV and radio cult hero – has announced a Brindley gig. He hits the Halton Council venue on Thursday, May 24.

Alone, solo and by himself, with no one with him, the show business Colossasus (check that) takes us back on a journey through his early career.

Using the latest technology and all that (I presume we’ve got a projector?) he will be delving into his own personal box of video cassettes and talking us (you) through the highlights of his glittering tv career, with many of his trademark stories we’ve come to love him for.

If you only buy one ticket for something this year make sure it’s this and bring someone with you. You won’t be disappointed.

Count Arthur Strong’s Radio Show! hit the airways of BBC Radio 4 in late December, 2005 to huge critical acclaim. The show was commissioned following a year of appearances as the star guest on the Mark Radcliffe Show on BBC Radio 2.

The BBC Radio 4 sitcom hears a confused and muddled ‘day in the life’ of the one time Variety Star, Count Arthur Strong.

The series was co-produced by Komedia Entertainment and Smooth Operations and recorded at Komedia Brighton, Bath and the Dancehouse Manchester from 2005 to 2012. In 2009 the series won the Sony Award for Best Radio Comedy.

Since moving to TV Count Arthur Strong’s Radio Show! has continued on BBC Radio 4 with Christmas Specials being Broadcast on Boxing Day 2014 together with shows on Christmas Day 2015 and 2016. The show picked up the British Comedy Guide Award for Best Radio Sitcom of 2016.

The award-winning series is often repeated on BBC Radio4Xtra, and the complete radio works of Count Arthur Strong 2005 – 2012 can be purchased from the shop.

In December, 2012 production began on the TV sitcom ‘Count Arthur Strong’ for BBC Two. It was recorded in front of a live audience at Pinewood Studios.

It was aired on the July 8, 2013 and repeated the following September. BAFTA award winning writer, Graham Linehan (Father Ted and The IT Crowd) joined forces with Steve Delaney and Olivier Award winner Rory Kinnear for the 6 x 30 minute series.