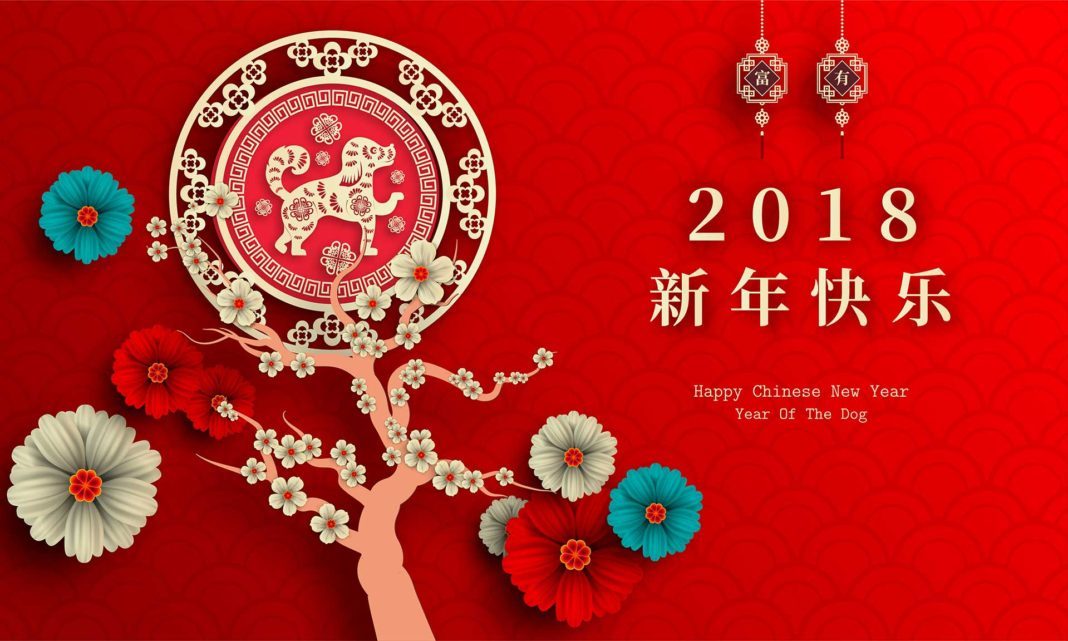 Unlike our traditional New Year which starts and ends with the countdown at midnight, Chinese New Year is celebrated on differing dates each year. It tends to fall between January 21 and February 20. each year.  This year the Chinese new year will fall on a Friday.  The exact date is  February 16, 2018 and it will be celebrating the year of the Dog

The New Year festival is centuries old and features several myths and customs.

How is the Chinese New Year celebrated?

The global celebrations are an explosion of light and sound – involving bell ringing, lighting firecrackers, and watching traditional lion dances.

Most Chinese families will get together for a traditional dinner New Year’s Eve, cleaning their houses to brush away any bad fortune on New Year’s Day.

In the past, kids would be given red envelopes stuffed with ‘lucky money’ and positive wishes on New Year’s Day.   Now with the modern tech era, a lot of youngsters now have red envelope apps, so their relatives can transfer cash digitally.

How are the Chinese New Year animals decided?

The choice of animals is significant – the ox, horse, goat, rooster, pig, and dog are six of the main domestic animals raised by Chinese people.  While the rat, tiger, rabbit, dragon, snake and monkey are all loved by the Chinese

The animals were separated into two categories – yin and yang – depending on whether they have an odd or even number of claws, toes or hooves.  They were then arranged into an alternating yin and yang sequence.

It’s a little known fact that the zodiac animals can also be used to tell the time. Here’s how the Chinese clock works:

If you are looking to celebrate The Chinese new year why not take a trip into Liverpool or Manchester.  There are plans for large parties in Feb 2018 to celebrate the year of the Dog